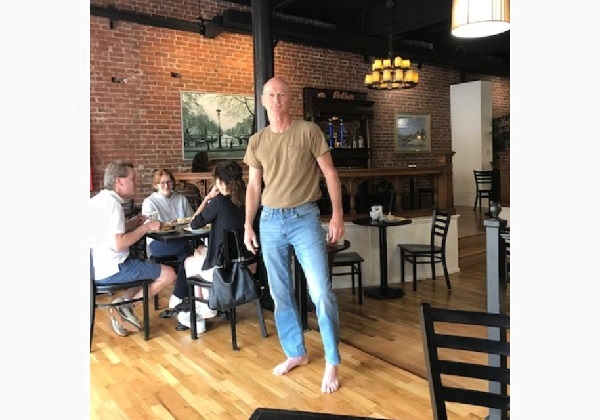 Note: This article was written by guest writer Neil C.

IF A BUSINESS IS INTOLERANT OF BARE FEET, THERE ARE PLENTY OF OTHER CHOICES!
By Neil C.

As someone that has gone barefoot for over three decades, I have seen that businesses can be either tolerant or intolerant of my bare feet. Despite the reality that being barefoot is not illegal in a store or business, I continue to come up against the intolerant types that refuse me service or ask me to put on shoes next time I come into the store (like that is going to happen! Lol).

Recently I emailed three companies about being asked to leave because of my bare feet. They were Dunkin’ Donuts, Cumberland Farms, and Stop & Shop. The corporate offices responded and were empathetic up to a point.

They all agreed that being barefoot in a business establishment was not illegal in any state, but there was a loophole. Dunkin’ Donuts and Cumberland Farms indicated that they were franchised out, and the policy of footwear was up to the franchise owner. They said that they couldn’t enforce tolerance of bare feet in those stores. Stop & Shop didn’t mention the franchise model, but did indicate that it would reach out to the local store I complained about, as did Dunkin’ Donuts and Cumberland Farms.

Then I received responses from the franchise owners of the Dunkin’ Donuts and Cumberland Farms stores. Both owners were apologetic, but held firm on their policy of no bare feet in their stores.

The Dunkin’ Donuts store owner even offered to have a worker bring my order out to my car if I ordered it on line and didn’t want to go through the drive thru. Although he tried to rectify the issue, I didn’t appreciate his store gladly taking my money but not allowing me inside!

The store manager of the Stop & Shop flat out said, “There are signs on the entrance doors, sorry!”

The problem with these companies is, it depends on which individual store you go to as to whether you get asked to leave or your bare feet will be accepted. I have actually found certain stores of these chains (Dunkin’ Donuts, Cumberland Farms, and Stop & Shop) close by that were accepting of my bare feet. So, because they respected my choice to be barefoot, I decided to support their businesses. In fact the workers were not only accepting of me, but were also very friendly and welcoming. 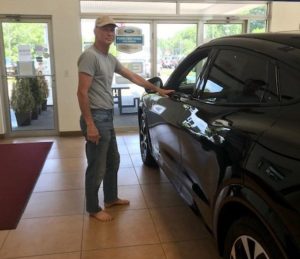 As someone that is almost always barefoot, I have multiple businesses that I frequent and support because of their acceptance of my bare feet. They include Cafe Sol, Crest Ford, and the Book Barn, all located in Niantic, Connecticut. Also, Kohl’s department store is very barefoot friendly, and since I like their store, it joins the list of places I will spend my money.

Sometimes another customer busybody attempts to dictate how I should dress

Another issue I have come across in the past is other patrons complaining to workers or management about my bare feet and then being told that I couldn’t be barefoot in the store. What really bothers me even more than those people that complained was the fact that these businesses actually catered to them and asked me to put on shoes or leave. I walk into a business, spend my money and then get asked to leave because I am barefoot! I refused to comply and proudly walked out, never to return.

Only once at a Cumberland Farms in Madison, Connecticut, another patron complained about my feet, but to the manager’s credit, she indicated that it was not against the law, and I had every right to be in the store barefoot. And yes I frequent that store because of their barefoot tolerant attitude.

If all else fails to resolve a confrontation, I will simply leave and find a friendlier store

In closing, if a business is intolerant of my bare feet, I can go elsewhere, because there are plenty of choices. I will not compromise and financially support any business that doesn’t accept and respect my choice of a barefoot lifestyle.

When you are confronted and asked to put on shoes, it is very important that you do not just comply and put on (or return with) shoes. Quoting Myranya Werlemann’s excellent argument on this topic: You go into a store, barefoot. […] A little ways along in the store, a store employee spots you. ‘”Sorry, but you can’t be barefoot here, please put on some shoes.” Well, you were in a hurry, you did have a long day, so you take out your flops and put them on, without arguing. You can always write a letter, or come back to… Read more »

Excellent point Vas! I will always make it known that I don’t wear shoes and refuse to be forced to wear them. As I mentioned, if problem can’t be resolved to respect my choice to be barefoot then I walk out and don’t support that business. There are obviously plenty of businesses that respect my preference to be in their store in my bare feet.

I agree Vas. We don’t get change by complying with illogical and arbitrary rules. But [by doing so] we do reinforce illogical, ignorant and borderline discriminatory practices. Barefooters need to keep in mind we’re not doing anything wrong and need to be respected for our harmless attire.

It occurred to me that you could use some kind of skin-safe dye or stain, like henna, to paint a sandal pattern on the tops of your feet–maybe even stain the soles dark–and walk in anywhere and not get a second look.

Hiding bare feet sends the message that you’re doing something wrong, or something you’re ashamed of. If you don’t want people to see your bare feet, then just wear shoes. Never “hide” or try to disguise the fact that you’re barefoot. Own it and be proud of it, If some other person doesn’t like it, that’s their problem, not yours. Sure, people are going to look and stare. It’s because being barefoot is unusual. People will look and do double-takes at anything unusual out in public. That doesn’t mean they see it unfavorably. Most likely they admire the nerve of… Read more »